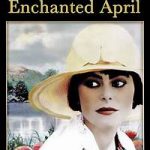 Start a Film Club for Women in your Community, your Neighborhood, or just with a few Friends. I did!

About ten years ago, my husband and I moved to a ’55 and older’ community—we had satisfied that requirement some years earlier. Everything was new from our house to the clubhouse; in fact, the community was less than half built and the sounds of construction were all around us, but we were more than ready for a new home on one floor in a gated community, sitting on a hill overlooking New York City.  Sounds nice?  It is.

One day, early on, relaxing at the Clubhouse with that view and the leisure director, I sighed and suggested that maybe it would be nice to start a Koffee Klatch for women and watch a film about women and discuss it.  “I”, I said, had collected a few women’s films, or—as men like to say, ‘Chick Flicks’—that were really good and worthy of such an endeavor.

While I endeavored to tell her why I had collected some worthy women’s films she flitted off, and by the time I got home, I had an e-mail that had gone out to all residents announcing the beginning of a Film Club for Women. It was after Christmas because I remember that I took some left-over Christmas cookies to have with coffee to that first film.  At our second film and more left-over cookies, another women’s film fan said to me, “Don’t worry about next month, Jean. I’m picking up bagels!”

And that’s how it all began!

We had 8 to 10 women show up for that first film. Ten years later, we have over 150 members and have seen over 100 films focused on women and women issues.  We meet at 9am on the 1st Wednesday of every month and begin with a Coffee and . . . which is now more like a Continental Breakfast with fruit, bagel and pastry.  The chatter and laughter over coffee make life good, and I even feel a bit guilty when I have to break it up to watch the film, but only a bit because I know that they enjoy the discussion after the film as much as they do the chatter before.

SO, if you’re part of a community, believe me, ‘if you start it, they will come’ or if you like to get together with your friends and don’t have time to read a book every month, DO FILMS, GOOD WOMEN’S FILMS.  Write me if you have questions or stop by for film ideas and discussion questions.  And remember–HAVE FUN!!!